This article demonstrates how climatic extremes feed into and amplify ongoing cultural change and pave way for power relations in the society. Its findings are important for the role that religion and ideologies will play in future reactions to climatic extremes around the world.

Our team of authors analysed ancient texts and a stalagmite from a Tuscan cave and show that, in response to increased rainfall and flooding in the sixth century AD, a new type of miracle emerged in the stories of saints circulating in Italy at the end of antiquity: the power of the saints over the element of water on land and in the air. 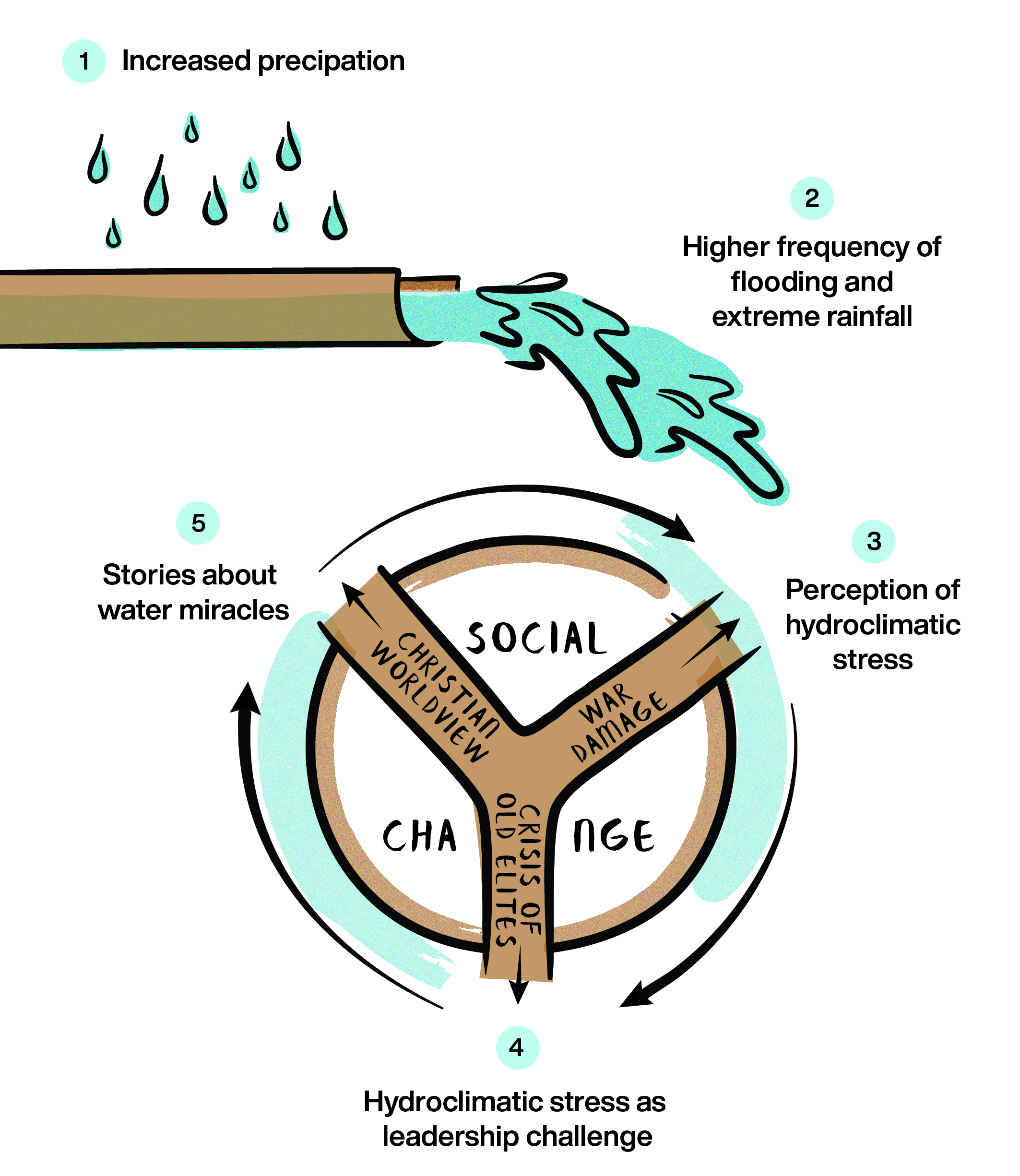 © 2023 EnvHist4P - Researching past societies and their environmental history.